This small and productive fruiting deciduous tree is of the Rosaceae family, and is commonly referred to as the Siberian Crabapple. It possesses the best cold weather hardiness of any plant in the Malus genus, enduring USDA plant hardiness zones 2 to zone 7.  Crabapple trees are native to much of northern Asia, including Russia, Mongolia, China, Korea, Bhutan, India, Kashmir, Korea, Nepal and Japan.  They grow primarily in mixed forests, on hilly slopes in altitudes of up to 5,000 feet.  Introduced into North America primarily throughout the Great Lakes region and the Northeastern areas, they can now be found thriving in the wild there.   The species is not however, limited to these areas and can also be found growing from Newfoundland to Ontario south to Missouri and Virginia.

There are many varieties of malus baccata.  Snowdrift, Jackii, Harvest Gold, Donald Wyman, and Columnar are some of the more well known cultivars. 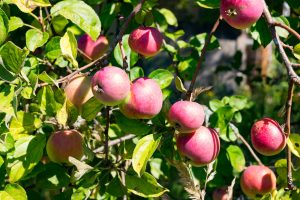 Siberian Crabapples are widely used as ornamental trees or rootstock trees.  Rootstock refers to a plant that can be left as a stump with an existing root system, upon which a newer planting can be grafted.  They also have following as a species suitable for bonsai growing.  Non-bonsai specimens typically reach heights of up to 30-40 feet at maturity.

The fruit of the Malus baccata appears yellow to red in color and grows in clusters that resemble cherries from a distance.  Ripening in the fall, they have long been a source of nutrition for both humans and birds. Crabapples have a higher amount of pectin than apples do, making them quite tart when eaten raw.  Stewing them down is a great way to break down the high amounts of natural pectin. The old fashioned crabapple can produce delicious jams, jellies and pies and due to their high pectin levels, added pectin is not needed.  Those who aren’t as fond of tarter flavors will find them more enjoyable during their riper stages later in the year or when incorporated into preserves or baked goods.  If an apple a day keeps the doctor at bay, then a crabapple a day must keep him somewhere even farther away, as they have the highest antioxidant effects of all known fruit in the Malus genus. 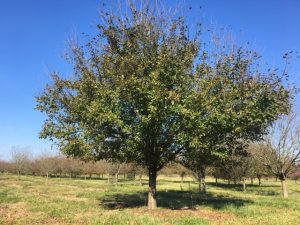 The flowers are profuse and fragrant, bursting in beautiful white or pink blossoms between April to June.  1-1.5 inches long in diameter, the flowers appear in groups of 4-6 with individual leaves that are .8-1 inch long.  The bark is a purplish purplish gray-brown, starting off smooth and developing a more textured appearance as it ages.   It doesn’t have a notable fall color, as the leaves fall off rather quickly. 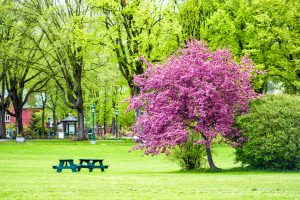 Crabapples are hermaphrodite, and as such, can only be pollinated by insects.

Once established, it is a low maintenance tree, adaptive to a wide range of soils, but best grown in a medium moist, well-drained and acidic loam with a pH range of 5.0 – 7.5.  Full sun is recommended, and more established trees have some drought tolerance.  In regards to pruning, spring cuts are not encouraged, as the open wounds make it vulnerable to fireblight bacterium.  Instead, opt for pruning during the late winter months.

They are susceptible to apple scab, as well as fireblight, cedar-apple rust and leaf spot.  Insect pests aren’t a major problem, but seldomly can occur in the forms of tent caterpillars, fall webworms, aphids, Japanese beetles, borers, scale and spider mites.